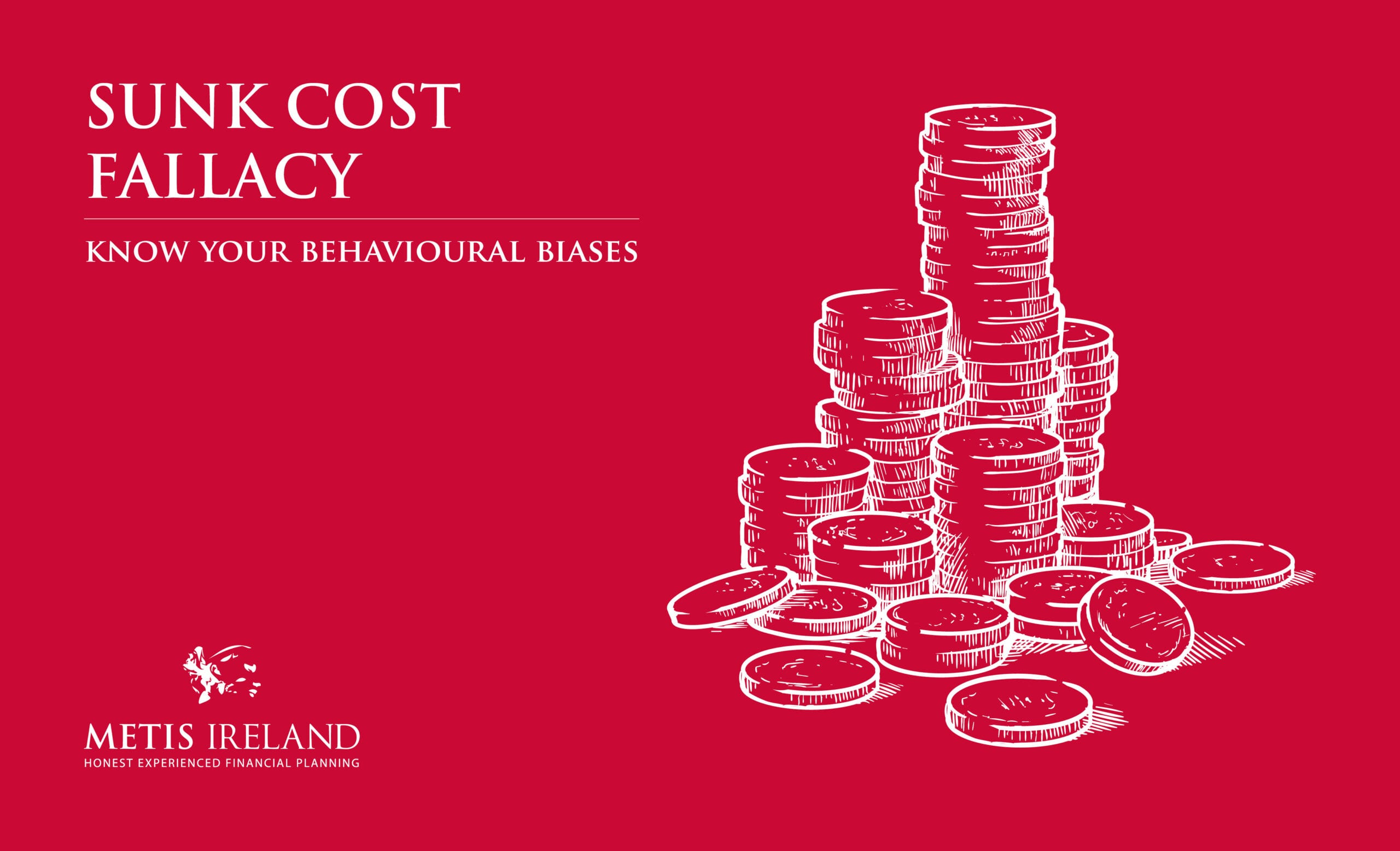 Each summer we see some amazing performances at Glastonbury, but along with the big names, part of the beauty of a music festival is discovering the bands you’ve never heard of. While ‘The sunk cost fallacy’ might sound like an exciting new musical act, or maybe an album title, it’s actually a really dangerous and potentially very expensive behavioural bias.

Imagine you were given a Glastonbury ticket free, but your car was making some unnerving noises. Would you risk driving there? Maybe, maybe not. But what if you’d paid for your ticket? That €280 is a lot of money to lose, so you might as well take the risk…

That’s sunk cost fallacy right there, and here’s why you should think twice before you start the engine.

We’ve all done it. We’ve all gone for the cereal, the croissant, the fruit AND the cooked breakfast on holiday, just because we’ve already paid for it upfront. It doesn’t matter that we’ll have heartburn all day, be too full for ice cream or come back two trouser sizes bigger. It’s our money, we’ve paid for the thing and we’re going to see it through otherwise it’s wasted – hang the consequences.

Sunk cost fallacy makes it harder for us to lose something when we also face losing the time, energy or money we’ve already put into it. In ‘Why Smart People Make Big Money Mistakes’, Gary Belsky and Thomas Gilovich note:

“[Sunk cost fallacy] is the primary reason most people would choose to risk travelling in a dangerous snowstorm if they had paid for a ticket to an important game or concert, while passing on the trip if they had been given the ticket for free.”

You’re missing or attending the same event either way. The croissants will still appear each morning and saying no to a fry up won’t ruin your day – in fact, you’ll probably enjoy it much more. But once a sunk cost is involved, it’s somehow more difficult to let go, even if you’d be better off without it.

It’s all a matter of whether something has real long-term value, not just perceived short-term value. If something, or someone, is really important then the costs you’ve ‘sunk into’ a situation are worth persevering with. For example, there might be days when you’d be tempted to help your kids pack their ‘run away from home’ bags yourself. But you don’t – yes, they’ve cost you blood, sweat, toil and tears, but clearly they’re worth it.

But for some reason, the perception of ‘lost’ money can easily make us lose our heads. There’s even a phrase to describe when we fall for financial sunk cost fallacy –‘throwing good money after bad’ and there’s an argument that it’s behind a lot of the trouble with gambling. Yes, there’s the addiction to random rewards, but there’s also the perception that you’ve invested (and lost) up to now, so you need to keep on going to somehow overturn the situation (rather than cutting your losses).

If the loss is a small one, such as attending a prepaid event you’d rather have skipped, then the harm isn’t that big a deal. But in investing, adopting a sunk cost mentality – “I can’t unload this until I’ve at least broken even” – can cost you dearly by blinding you from selling at a loss when it’s otherwise the right thing to do. Maybe there’ll be an upward swing, but if there isn’t, you need to have the discipline to let go of a lead weight just as much as you need the discipline to ride out tough times.

The most rational investment strategy acknowledges that we can’t control what’s already happened to our investments. We can only position ourselves for future expected returns, according to the best evidence available to us at the time. As Kenny Rogers told the Glastonbury crowd in 2013, “Know when to hold ‘em, know when to fold ‘em.”