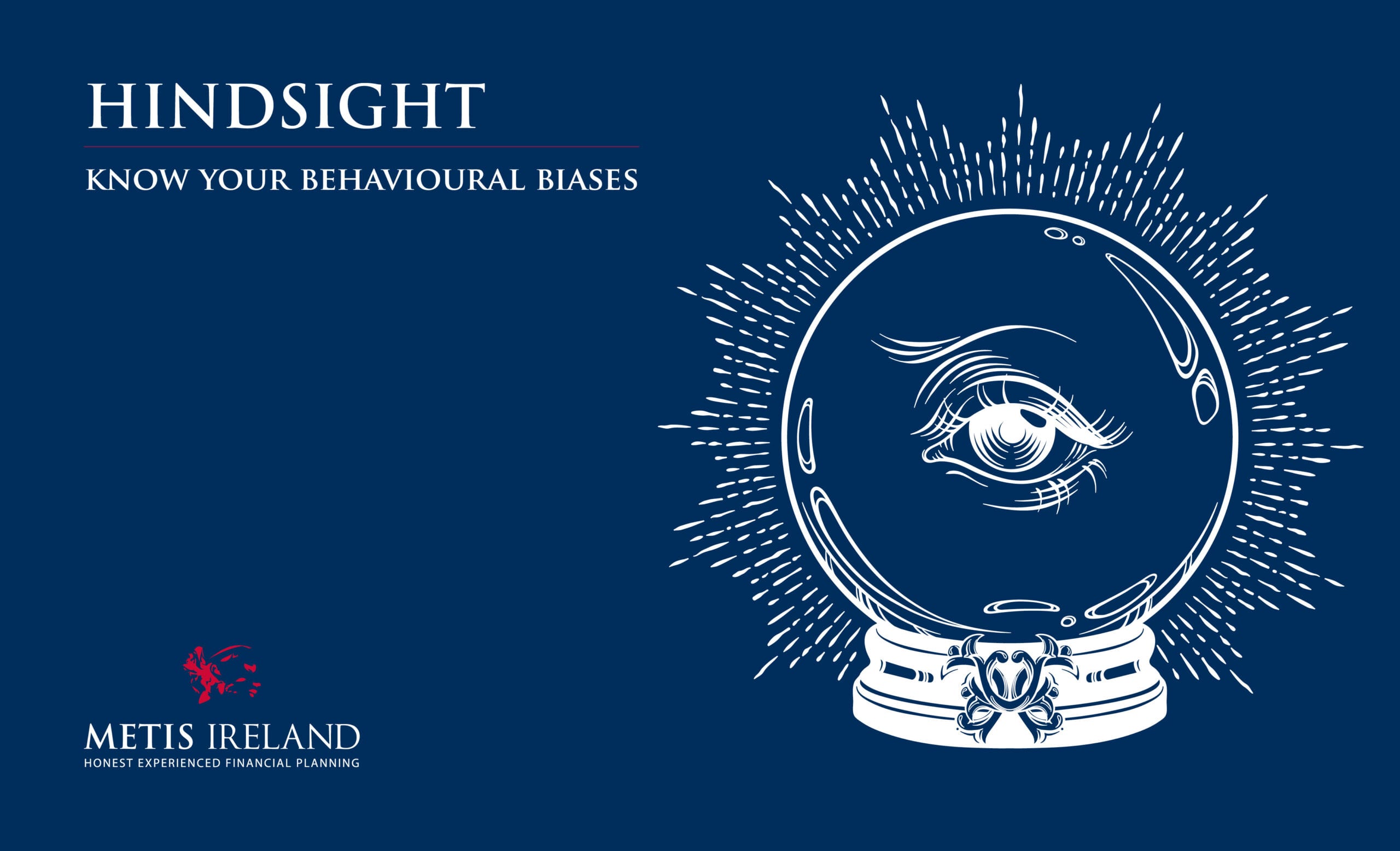 We often say hindsight is 20/20 – looking back, it was perfectly clear all along.

It’s often an expression of regret – we should have done X when in fact we did Y and now look what’s happened. Once we’re far enough away to assess the result of our actions, well, it’s as plain as the nose on your face that X was the way forward all along.

If only we knew then what we know now.

But hindsight can be dangerous in a different and unexpected way – it can actually lead to a false sense of security. It’s one of the many ways our brain tries to help us cope with the world but ends up getting in the way. In this series we’re exploring the 17 documented ways that our brains haven’t quite adapted to the challenges of modern life.

The bad news is we’re stuck with them. The good news is we can at least learn how to spot them and think twice about what we’re planning to do. Let’s look at how ‘I knew it all along’ can lead us into trouble.

First, when we’re talking about investment, you didn’t know it all along. You may well have suspected, had a hunch, but knowing how markets are going to move just isn’t possible. We don’t know either and that’s ok. We can’t predict what will happen, that’s why we don’t try. Instead we spend our time building resilient portfolios that can cope with shocks and recover from them.

Still, we’re human beings. We’re tempted to touch the flame, peer over the edge and try to guess what’s going to happen, even in a situation governed by arbitrary movements. Where it gets dangerous is when we make a prediction and then congratulate ourselves. It’s bad enough if we get it right, because past performance doesn’t predict the future, but worse, hindsight can lead us to convince ourselves that we predicted the right outcome when in fact we didn’t.

In ‘Thinking, Fast and Slow’, Daniel Kahneman credits Baruch Fischhoff for demonstrating the ‘I knew it all along’ effect when he was still a student. Kahneman describes hindsight bias as a “robust cognitive illusion” that causes us to believe our memory is correct when it isn’t. Say you expected a political candidate to lose, but she ended up winning. When asked how strongly you predicted the actual outcome, you’re likely to recall giving it higher odds than you originally did. This seems like something straight out of a science fiction novel, but it really does happen.

Like ‘blind spot bias’, covered earlier in this series, this odd little quirk may help us to dust ourselves down when things don’t go so well and face the future with confidence, rather than fearing we’ll always make the wrong call. As Gary Belsky, and Thomas Gilovich note in ‘Why Smart People Make Big Money Mistakes’, “We humans have developed sneaky habits to look back on ourselves in pride.”

But as is often the case, investment turns everything on its head. Hindsight bias is hazardous to investors, since your best financial decisions come from realistic assessments of market risks and rewards. As Kahneman explains, hindsight bias “leads observers to assess the quality of a decision not by whether the process was sound but by whether its outcome was good or bad.”

If a high-risk investment happens to outperform, but you ‘forget’ how risky it was, you might load up on too much of it and not be so lucky moving forward. On the flip side, you may abandon an underperforming holding too quickly, deceiving yourself into dismissing it as a bad bet to begin with.

As tempting as it can be to say ‘I told you so’, it’s worth giving serious thought to whether you actually did. Intelligent investing replaces hunches, assumptions and predictions with a long-term plan.