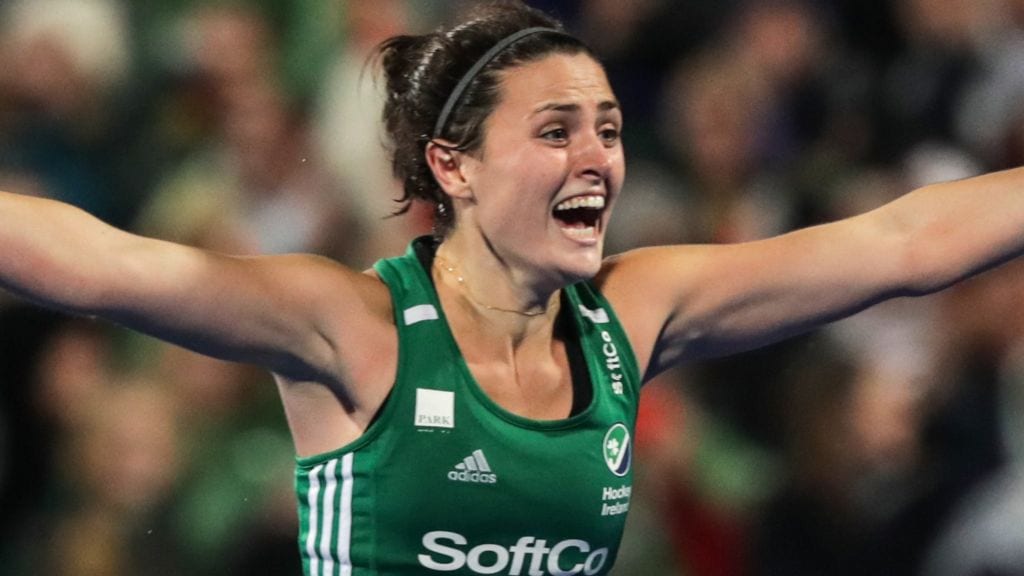 When we set up our Virtual Coffee sessions for business leaders, we knew we wanted to feature speakers who’d bring something special. There’s a lot of Zooming going on right now, so if you’re going to ask for people’s time, it had better be good.

Fortunately we’ve been blown away by our contributors. In our most recent session we looked at the lessons business leaders can learn from the world of sports. We’re delighted to have Ireland women’s field hockey international (and Metis Ireland Brand Ambassador Róisín Upton) to give us her thoughts.

Here’s what the lockdown has taught her so far and how she’s approaching the future.

The life of a modern elite sportsperson involves colourful spreadsheets, because so much of life is about juggling time. For Róisín that’s been the case since she was 15. So while it isn’t easy, it’s a kind of normal. Sports people are always competing or training, so it’s not surprising to learn she was right in the middle of something important when lockdown hit.

The stakes couldn’t have been higher. Along with her team, Róisín was training for the Tokyo Olympics. As fans of visualisation (many sportspeople are) the team had been using Mount Everest as a totem, a challenging ascent into territory they’d never set foot in before. So when lockdown began it represented nothing short of an avalanche.

What do you do when the fixed goal you’ve been working towards suddenly becomes a moving target? For the time being Tokyo is postponed, so for now let’s swap out those five Olympic rings for five golden rules.

Uncertainty was a major challenge for Róisín. Training for the Olympics had been the entire plan up to this point. What the world is going through means it’s hard to have any kind of concrete plan, and it’s not easy to adapt to that from such structured habits. Róisín admits that for the first couple of weeks she was feeling mostly despondent about the news (then feeling guilty about said despondency).

But great sportspeople don’t stay down for long. They get up and refocus, which is exactly what she did. After a couple of weeks spent in ‘limbo’, Róisín and the team began to crack on with personalised lockdown training programmes. They realised that it’s important to accept what you can’t change and instead throw yourself into what you can.

The thing about looking 6, 12, 18 months down the line is that you can be blindsided in the short term. When that happens, we need to be able to refocus on a shorter timeframe – concentrating on the task in hand and making the most of each moment. Róisín knows the end goal remains the same. But the steps to getting there have changed and so have the timeframes she’s working to.

A big part of this (and for any sportsperson’s life) is routine. Having a routine during a period that’s as unscripted as things get is more important than ever. As Róisín knows, it’s impossible to recreate what she’d normally be doing, but keeping to a routine limits the damage. In her case it’s vitally important for keeping physically fit, but for sportspeople and business people alike it’s a key part of staying mentally fit and able to get straight back to business when the opportunity comes.

On the subject of finding positives, Róisín points to setting smaller, short-term goals. But she also recognises there’s a lesson here about giving yourself a break too. For the first week or so she built herself a jam-packed routine of training, studying and exercising, all the things she thought she ought to be doing. A couple of weeks into it she realised she’d pushed a little too hard and had to come up with a more realistic routine.

If this period gives us anything positive at all it’s the chance to reflect in a way that normal life doesn’t allow, but that doesn’t mean you need to put yourself under unrealistic pressure.

4. It’s ok to make mistakes and to ask for help

Mistakes? Sport is about winning isn’t it? Well, you’ll never win anything without making mistakes along the way. Mistakes happen, especially in unfamiliar territory. What matters is what we take away from those mistakes, how we apply those lessons, and how we turn them into something positive in future. If you get things wrong during this unprecedented experience, don’t berate yourself. Learn instead. As Róisín says, it’s not about winning every single thing every day; “success comes from insight”.

It’s ok to ask for help too. There are no prizes for making a Herculean solo effort to get through lockdown at the expense of your physical, mental and financial health. As businesses, just like hockey players, we work as a team. We have colleagues, mentors, people we depend on and those who depend on us. That accountability can be a driving force, but we also need to be able to lean on each other.

Even if you’re a one-man band, you’ll have friends, associates, a business network – so ask for help.

An interesting concluding thought from an elite sports person – not to compare yourself to others. It’s a great lesson though and something that’s close to our hearts here at Metis Ireland. Life isn’t a competition – it doesn’t matter what other businesses are doing, how other people are investing, how other people are acing lockdown. It’s not a race, and nobody’s ‘winning’, all that matters is how you manage it and come through it.


You can read more about Róisín’s achievements here, and rest assured, we’ll be rooting for her when the Olympic dream is back on again. Next week we’ll hear from Dublin Gaelic football star (and colleague of our own Paddy Andrews) Dean Rock, on the challenges of maintaining good routines and habits off the pitch.