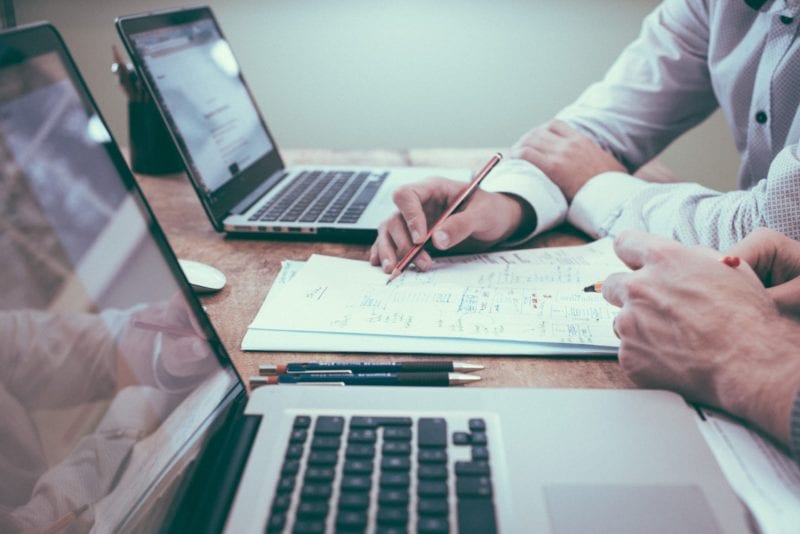 This month we were delighted to be asked to write a piece for The Sunday Times, looking at the value of evidence-based investing and how it compares to a traditional, active approach.

It was an interesting and useful exercise to set it all out on paper, so we thought we’d include it as a blog entry too (just in case you missed it).

Here it is, unabridged, in all its Sunday morning breakfast-accompanying glory.

There’s an image that keeps popping up on LinkedIn in which two people view a number written on the floor from opposite directions. One insists it’s a nine, the other believes it’s a six. Both are adamant. It’s true that we should be open to more than one point of view, but it’s someone’s job to track down whoever wrote that number in the first place, to find out what they meant.

That’s how we arrive at evidence – without it, all we have is conjecture.

That’s what the traditional active investing approach is about. Fund managers aim to predict when and how to trade based on luck, pluck and a strong hunch. They duck, weave, zig and zag to stay ahead of everybody else. What’s the problem with that? By and large, it doesn’t work, at least not in the long term. In 2018 Morningstar looked at 9,400 European-domiciled active and passive funds, worth £2.9 trillion, over 10 years. In that time, in more than 50% of categories, less than a quarter of active managers beat their passive counterparts.

A couple of years earlier, research by S&P Dow Jones found that 99% of actively managed US equity funds underperformed. That same Morningstar study found active managers won out in some categories, such as midsize UK companies and Norwegian equities. We could argue over whether those amount to exceptions that prove the rule, but they suggest that a model based on speculation, guesswork, call it what you will, isn’t the way forward. Enter evidence-based investing. In a sense, it does exactly what it says on the tin. It uses long-term market history instead of near-term forecasting. It eschews commentary and opinion in favour of peer reviewed academic evidence and it works with patient participation, instead of rapid reaction.

At this point we can sense the massing of troops on either side of a growing divide. On the traditional side, our fund managers believe they can successfully make predictions about stock prices. Their experience and flair impel them to act on gut instinct – driven to try to beat the market and competitors. Meanwhile, the evidence based ranks are ignoring the noise and settling in for the long term. It’s blazing firepower versus a war of attrition but, when the smoke has cleared, active investors may or may not have bought themselves an advantage.

With that picture of impulsive managers versus Zen-like evidence-based investing, it’s important to remember that we’re all driven by what the client wants. Evidence-based investing puts the client firmly at the centre, getting to the nuts and bolts of what they’re trying to achieve and building a long-term strategy around a personal financial and lifestyle plan. Client and adviser commit to a long-term strategy that targets a “return on life”. On the other hand, active fund managers chase a straightforward return on investments, and that may well be what the client wants – as much money as possible.

Their adviser may achieve it for them, for a time, whether through luck, skill, or both, but they’re then locked into a cycle in which delivering “more” is forever the goal – and the measure of value.

While traditional managers hope to offset high trading costs with a kind of investment parkour, constantly moving and hoping for an injury-free landing, evidence-based investing keeps costs as low as possible. It also manages market risk factors (and their expected returns) and diversifies away from concentrated risks, while traditional managers make no such distinction. In the end, the two disciplines have no choice but to look at the definition of success differently. For evidence-based investing success means a better quality of life, not a constant inescapable pursuit of unachievable promises.

So which is better? Both approaches function within the same environment, but interpret it differently, and they’re looking for different things. In a sense it’s a little like the difference between astronomy and astrology. If you’ve just spat your Sunday morning coffee across the room, hear me out. Astronomy deals with celestial objects, space and the physical universe as a whole. Astrology, on the other hand, interprets relative positions of those celestial bodies and their implied influence. The irony is that while astrology does the prognostication, it’s the evidence-based astronomy that really can predict things – the future positions of planets, even the likelihood that a planet many light years away will have a climate that sits in the habitable zone.

If you’ve enjoyed reading this article, you might be interested in our in-depth look at behavioural biases and how they can affect our financial decisions. You can download Making Better Decisions: Know Your Behavioural Biases in full today.