How to grow a multi-million euro business from the ground up, with Patsy Carney 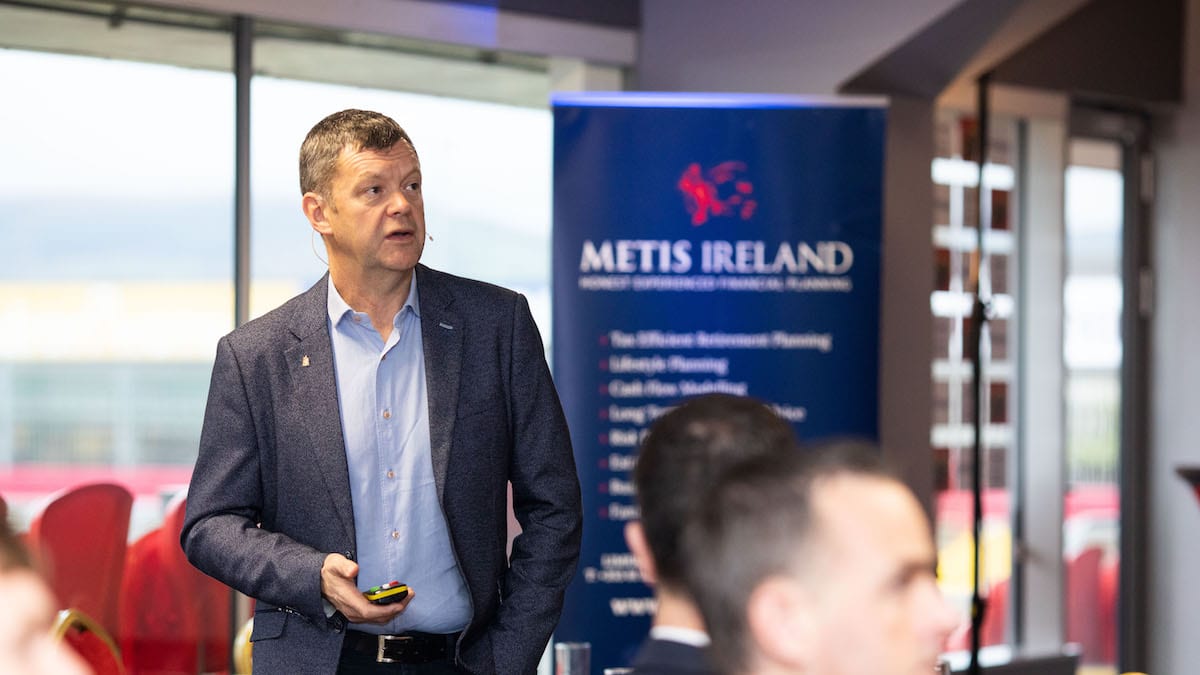 Virtual coffee meetings with Metis Ireland
Part seven: How to grow a multi-million euro business from the ground up

In the seventh part of our Virtual Coffee session for business leaders we’re focusing on resilience and what it truly takes to build a successful business from the ground up. We’re delighted to have had Patsy Carney, founder and former CEO of EirGen Pharma, here to share his incredible story.

We all have that one friend…

Back in the early 2000s, Patsy was working at a company called IVAX and getting the itchy feet feeling. He felt the glass ceiling approaching, but couldn’t quite put his finger on how to smash through it. Enter Tom Brennan.

“Do you fancy doing an MBA?” he asked Patsy, as casually as if he was asking him out for after-work drinks. With a small tribe of kids (and a dog) at home and a busy work life, Patsy couldn’t fathom finding the time to pile an MBA on top. Those things are famously hard work, you know. Tom went along to the open evening on behalf of the two of them regardless. Fast forward to 2005. Tom and Patsy are in the second year of their MBA, with a business plan written for what would soon become EirGen Pharma.

There’s a well-worn quote from George Addair that goes “everything you’ve ever wanted is on the other side of fear”. The idea is that you’ll never really progress or excel unless you take a leap of faith once in a while.

If there’s one thing Tom and Patsy knew really well at this point in time, it certainly wasn’t business. They had around 35 years of experience between them in the pharmaceutical generics field, but no idea how to run a business or raise funds. Their first port of call was their life savings. And boy, what a leap of faith that was.

From zero to hero

By February 2006, Tom and Patsy had raised the basic funds they needed to set up business, through a combination of investors and support from Enterprise Ireland. They found a building and got the state-of-the-art facility built, commissioned, validated and inspected by the regulatory authorities in a mere six months. By the end of summer ‘06, Patsy personally made the very first batch of breast cancer treatment drug that EirGen ever produced.

What happened next was huge growth, pulled up by their very bootstraps. Of course it wasn’t totally smooth sailing – what is? – but from 2006-2011 EirGen became multinational and expanded significantly. They were in markets in Europe, Japan, Saudi Arabia – you name it, they were probably there. EirGen’s strapline during this period was ‘Make It Better’. On one occasion Tom and Patsy returned from a business trip to the USA with a suitcase full of new business to add to the already too-full cabinet of business back home. When told of their acquisitions, one of the technical staff put in his hands and said, “I think we need to change the strapline from ‘Make It Better’ to ‘Make It Stop’.

The velocity was intense, but the payoff was off the charts. A €19 million investment from Saudi Pharmaceutical Industries in 2012 allowed them to grow to 120 staff and update their facilities; an acquisition by American drugs company OPKO in 2015 (for a total consideration of $135m) set them up for good. At the present moment, the company is 250-strong, in about 60 countries with more than 25 products on the market. Both Tom and Patsy have exited the business over the past two and a half years and left it in the capable hands of EirGen’s third ever employee.

What makes a business great?

At the very core of every successful business is an unshakeable set of values and motives. A good business will have them, perhaps wheel them out at yearly reviews and during onboarding processes. But a truly great business has them built into the very fabric of their being from the get-go, and lives them.

Patsy says that “the early culture of EirGen was really good. You could fit everyone around the table. There were no problems with communication, no problems with motivating people or otherwise. As we began to grow, it was important to codify that.”

“It really opened up my eyes to the importance of strategy, and bringing life into strategy – taking your culture, taking the values that you have, and trying to codify that into the structure of the business.”

Patsy tells EirGen’s origin story with great trepidation, and a clear theme runs through every fortuitous moment in the growth and expansion of EirGen; every opportunity and every win was fought for. They were tenacious in going out and making things happen, and that’s a key virtue in almost every successful business owner out there. Opportunities don’t make themselves; they’re made by hard work, strategic decisions, and taking risks.

We hope you’ve enjoyed hearing from Patsy this week, and feel inspired to perhaps take a leap of faith that you’ve been putting off. Successful businesses don’t make themselves – they’re made by successful, ambitious people.

We hold our Virtual Coffee sessions for business leaders here at Metis Ireland every fortnight on a Friday. You can either contribute or just watch while you have your coffee. To join in all you have to do is contact us at info@metisireland.ie and we will send you the link to attend.

We’ll be back soon with our next Virtual Coffee episode, until then if you’ve missed any of the blogs so far, you can catch up here.