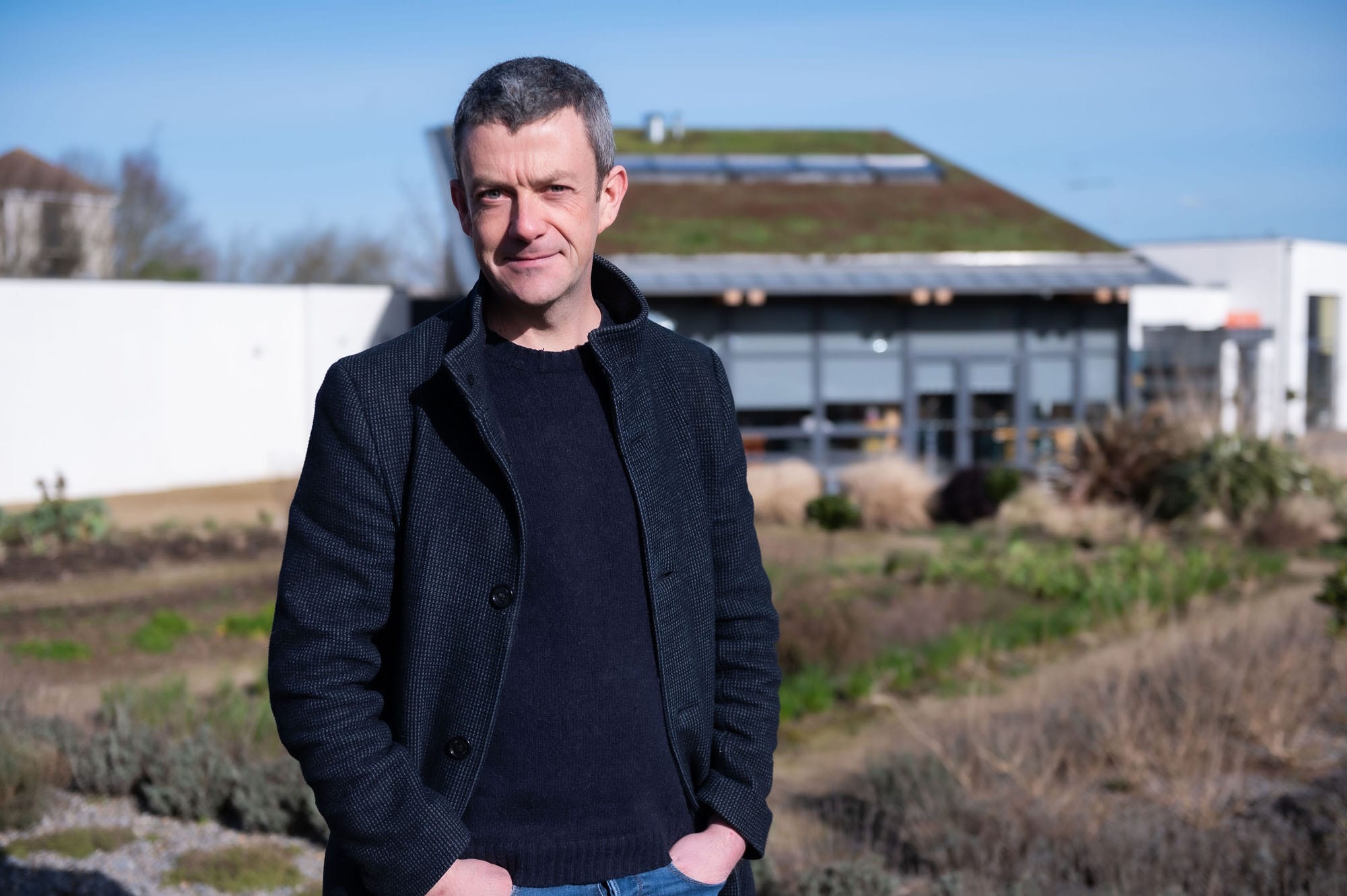 Through the past year of lockdowns and pandemic, many of us have been prompted to reflect on what matters most: are we in the right jobs, the right relationships, the right places in our lives? But Mick Kelly, founder of GIY, was years ahead of us in that thinking. He left a long corporate career in IT to pursue what he calls “an itch I just had to scratch”.

Like many young Irish people, after college Mick Kelly gravitated towards Dublin. He spent ten years working in a successful Irish IT company. By 30, he was “happy, but not living the dream”. He had only a casual interest in food and cooking. Then came ‘the garlic moment’, in 2005.

“One day I was just flying around the supermarket doing the shopping and I picked up one of those nets with three bulbs of garlic in and it threw it into the trolley,” he recalls. “And I noticed on the label that it said ‘product of China’.”

“It just floored me. I was thinking, ‘why China? Why would something so small have to travel so far across the globe?’ And that just got me really interested in food’s provenance and where my food was coming from.”

What began as a mild intrigue soon became a rabbit hole. It doesn’t take too much digging before you realise that 90% of the fruit and veg in this country is imported. From there, Mick started experimenting with growing own garlic.

“I wasn’t at all green-fingered,” he laughs. “I didn’t know which end of the garlic was meant to point down, so I just winged it and did half one way and half another and hoped for the best.”

Over the next three years, Mick reached a point where he was growing 5-10% of the food he was eating. Although it was a relatively small amount, it totally revolutionised his attitude towards food.

In 2008, GIY began as a really small voluntary group. By 2009 there were around 100 GIY groups across Ireland, and funders had begun to notice. Mick left his lucrative job in IT sales to go full-time green-fingers, and GIY became a not-for-profit under the guidance of Social Entrepreneurs Ireland.

“The idea behind GIY was to encourage people to start growing their own foods. We felt it was a great way to really connect people back to food and help them live sustainably and healthily and so on,” Mick explains.

14 years on, his social enterprise company GIY employs 30 people full time, has a thriving cafe in Waterford, and in 2020 they engaged about two and a half million people through their work. There have been Amazon Prime and RTÉ TV shows, book publications, hands-on training and education, and a whole lot of soil.

“It’s always like a source of constant amazement to me,” Mick says. “We went from that garlic moment in the supermarket to this, all these years later. It’s just been a wild ride, you know?”

Growing through a pandemic

Like many businesses, the pandemic and various lockdowns took its toll on GIY. But hardship breeds innovation. With the cafe shut and in-person courses halted, Mick and the team had to get clever and get online.

“One positive effect of the pandemic was a huge surge in interest in food growing, and people connecting back to slowing down a bit and connecting with nature,” Mick recalls. “The demand was there, and the physical restrictions were the last push we needed to finally set up online education. We moved all our courses online last year and the potential of that is just incredible.”

The second piece of pandemic innovation – and one which seems to be here to stay, too – is the GROW Circle program for businesses.

“It’s about teaching employees how to grow food,” he explains. “It was set up as a way for companies to engage with their employees around sustainability. Then around April to May last year when a lot of people were working from home, it became a really great tool to not only get employees thinking about sustainability, but also helping them to stay well while they were working remotely and helping them stay connected with their peers and their company.”

“We’ve worked with the likes of Facebook, AIB, Heineken, some really big names and of course some much smaller ones too. It was a hard year, but we pivoted and we hustled and did whatever we could to keep the thing moving on.”

As part of that growth, last year the team decided to set themselves an ambitious 10-year goal.

The big picture, and even bigger goals

“The UN has set this as the decade of action for climate change, probably our last chance, honestly, to fix the climate emergency,” Mick explains. “We asked ourselves ‘what role do we want to play in that?’ Obviously, the food system is a huge contributor to the problems of climate change – 35% of global greenhouse gas emissions, in fact. It’s as big a problem as transport or energy.”

“Our change is focused on working from the ground up. We do see a role for ourselves in advocacy and influencing policy and so on, but really what we’re about is trying to focus on the cumulative effect of getting all these people growing their own food.”

“People feel really disenfranchised because the problems are so huge – ‘other countries are still burning coal, what does it matter if I grow some lettuce?’ Finding ways to engage consumers and citizens and to take action is so important, and I think that’s why what we do resonates with people.”

So, to do their part towards the climate crisis, Mick and the team set themselves a goal of reaching a hundred million people by 2030.

“It feels like such an audacious goal. A small social enterprise from Waterford reaching one hundred million people,” he laughs. “Ten million would have felt easily achievable, whereas a hundred million is almost slightly embarrassing, which is brilliant. That’s exactly what a goal should be, I think.”

“But a goal that ambitious seems to have its own organising power. People start to rally around to figure out how we’re going to actually make it happen. The overall mission is obviously to get people to grow food, but having that set goal that everyone is striving for and talking about and putting in motion is really motivating.”

Mick’s story is inspirational for sure. There’s much to be said for following that intuition for something that feels more like a calling than a job.

When you’re working towards something you’re passionate for, it doesn’t feel like work. And if it’s feeling like work and it’s all a bit tedious, then maybe you need to think bigger and make some decisions for yourself.

What matters most to you?