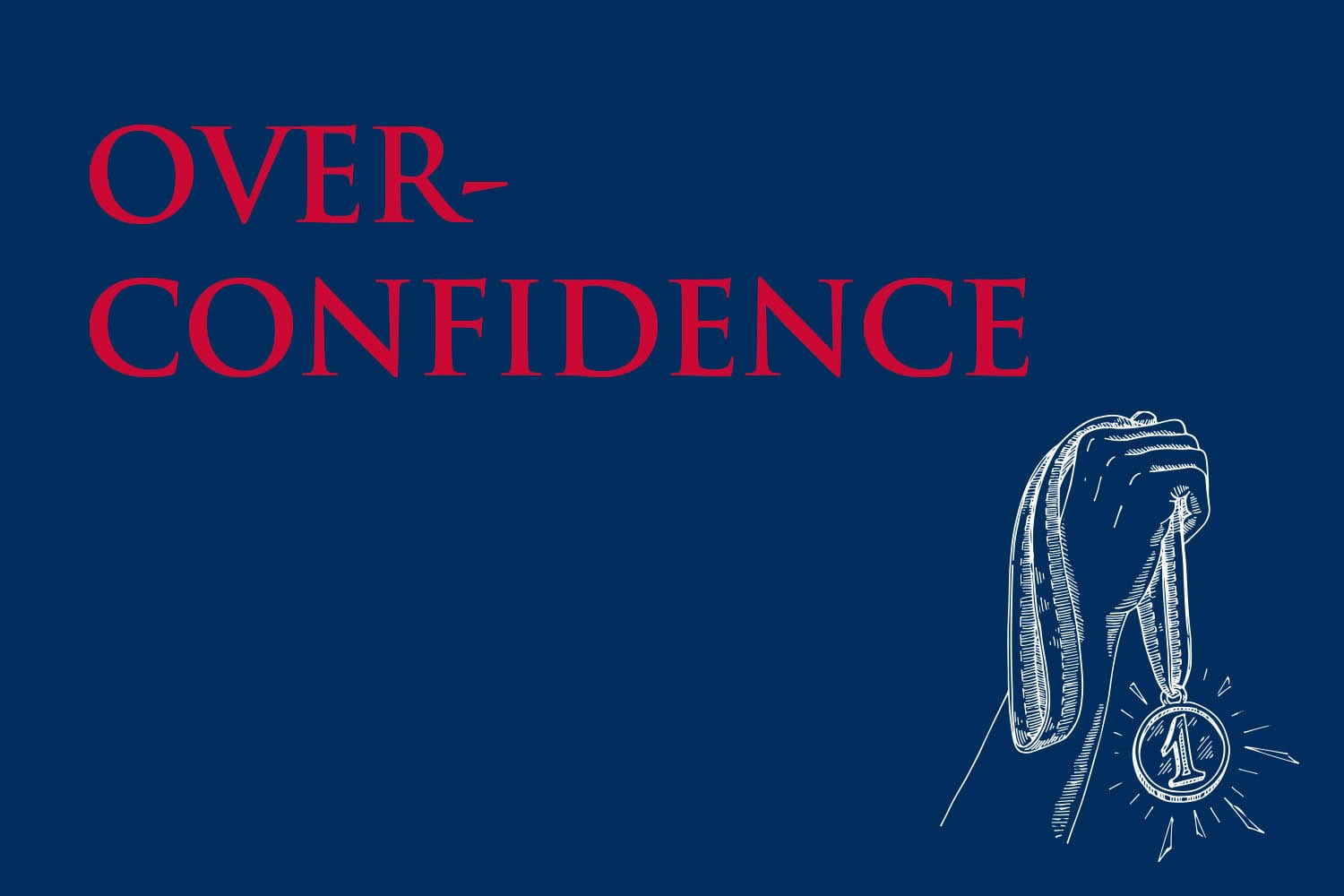 ‘Your overconfidence is your weakness’ – Luke Skywalker

So far in our series on behavioural biases, we’ve looked at many of the ways our brains keep us on the right track in life, but derail us when it comes to our investments. It’s our brain’s job to get us from the cradle to the grave with as little damage as possible, so we’re all subject to certain instinctive behaviours that have evolved to keep us on the straight and narrow.

In this entry, we’re looking at overconfidence, which is a little different from the others, in that it’s largely a product of their influence rather than a discrete bias in itself. Floating around our minds like some sinister Portuguese man o’ war, constructed from other venomous organisms, overconfidence is ready to surprise us and inflict pain and suffering. It’s been the downfall of many an investor, so let’s find out why.

We’ve already seen how fear on the one hand and greed on the other can knock investors off course. We’ve explored how outcome bias and hindsight can lead us to congratulate ourselves on things we haven’t really achieved, leading us into future calamities. We’ve learned, in short, to be a little humble and a lot more realistic.

But the tricky thing about these biases is that they remain hard to spot. We may have read about them, understood what they do and why they’re harmful, but it doesn’t mean we’re immune. If you’re scared of spiders, you can listen to ‘it’s more scared of you than you are of it’ as many times as you like, but you’ll probably still shriek if you see one in the bath. Hard-wired means hard to shift.

And if we aren’t alert to those biases, to outcome bias, hindsight bias, fear, greed and the others, we can develop a sense of overconfidence that doesn’t reflect our ability. When that happens, it threatens to usher us into things we can’t handle or that we have no actual influence over.

In Your Money & Your Brain, Jason Zweig cites several sources that describe overconfidence in action and why it’s the norm rather than the exception in our lives. “How else could we ever get up the nerve to ask somebody out on a date, go to a job interview, or compete in a sport?” asks Zweig. He adds, “There is only one major group whose members do not consistently believe they are above average: people who are clinically depressed.”

But while overconfidence can be generally beneficial to the art of getting through life, it becomes dangerous when we’re investing. Overconfidence puffs up our belief that we can consistently beat the market (or beat it at all) by being smarter or luckier than average. The more ‘lucky’ we are and the longer we persist in the belief that we’re playing a damn good game of it, the more our confidence grows and the longer we persist. It’s a bit like an electric fence, the charge isn’t constant and you might get away with it for a while, but sooner or later you’ll be in for a shock.

When you’re betting against the trillions and trillions in funds moving through the global markets all the time, it’s best to be brutally realistic about how to participate in the market’s expected returns, instead of trying to go for broke – potentially literally. There’s no timing the market and there’s no beating the odds. Reaching your goals however, is entirely achievable.

Overconfidence is dangerous, but confidence isn’t a bad thing in itself. When we’re investing we should aim for the right amount of confidence, in the right things. That’s the focus of a well set out, long-term investment plan.